The first trading month of 2019 is now completed. It had a very slow start.

It took the market almost two weeks to get going. This is understandable, given the 1st Jan was on Wednesday.

Most of trades were back to their desks only week starting 7th Jan.

We had many losing and cancelled trades during the first few trading sessions.

It has been difficult to trade without the access to the Commitments of Traders report. As we know CFTC didn’t publish any stats due to the government shutdown.

Its only this week they resumed business as usual. It will take them another few weeks to catch up with reports.

Once the market got into a full swing, we had some major moves in currency and commodity markets throughout January.

Brexit and U.S government shutdown were on the top of the wires all month.

US Dollar was stronger but then it lost some momentum when the FED downgraded the outlook.

GOLD took off and moved another $40 during this month. Oil also moved up substantially

Overall, business was good. A lot of volatility on major currency crosses, Oil and Gold.

I would like to share the summary of my monthly analysis to show you what worked for us and what didn’t.

It is crucial for any trader to review his performance on regular basis, no matter if its daily, weekly or monthly.

Trading is a game of the mind and the statistics.

You need to be confident that your strategy makes money

And this confidence lies in the numbers.

If the numbers back up your approach in the long term, you will gain more confidence in what you are doing.

This in turn, will make the trading a routine less exposed to biases and doubts

So, this month as usual:

we missed a lot of good trades, we also missed many losing trades.

Unfortunately, this is part of the game and cannot be 100% eliminated 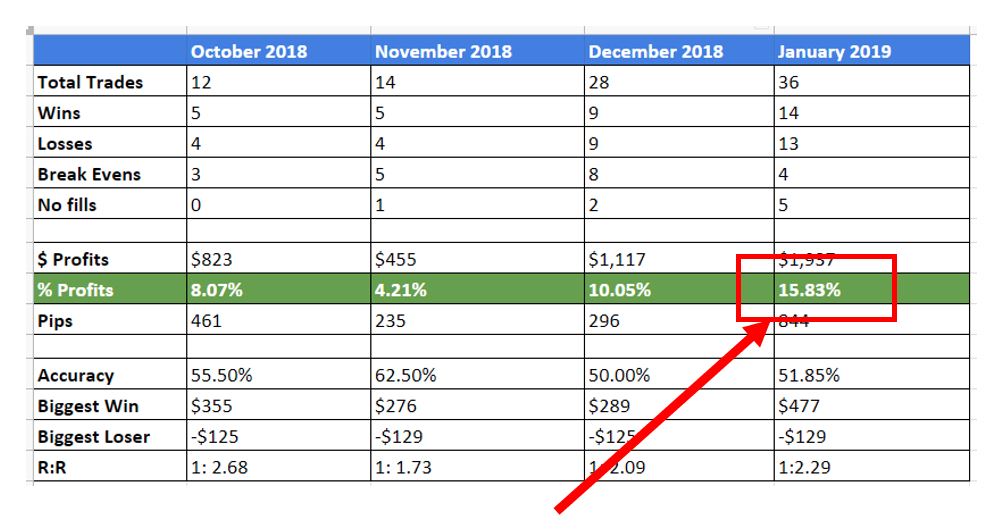 (not if there is a correlation or anything…)

Am I making money here?

So, it seems like the popular pairs lost money while the profits were made on Lonnie, Aussie & OIL. This is not how it felt during the battle though. If you ask me 2 weeks ago, I would imagine we were making money on GBP and USD pair and Aussie was rather slow moving. 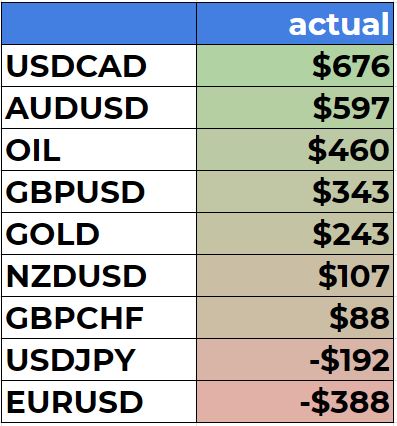 Would I give myself $1mill to manage?

We managed to keep risk to reward ratio high, which came at 1:2:29 and was 3 months high! This was mainly due to extending profit taking levels on two trades towards the end of the month ( hence the feeling we were killing it on GBP ) 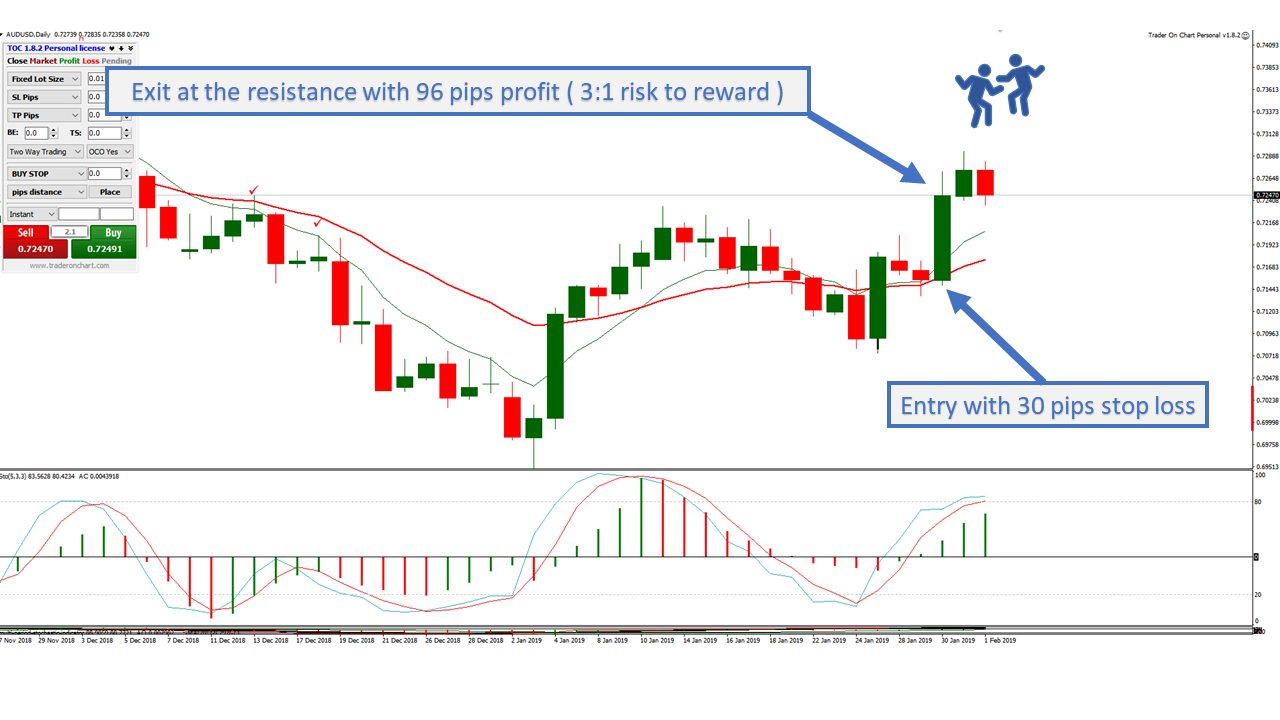 A typical long trade on a pull back within the larger uptrend.

A similar scenario played out on USDCAD. 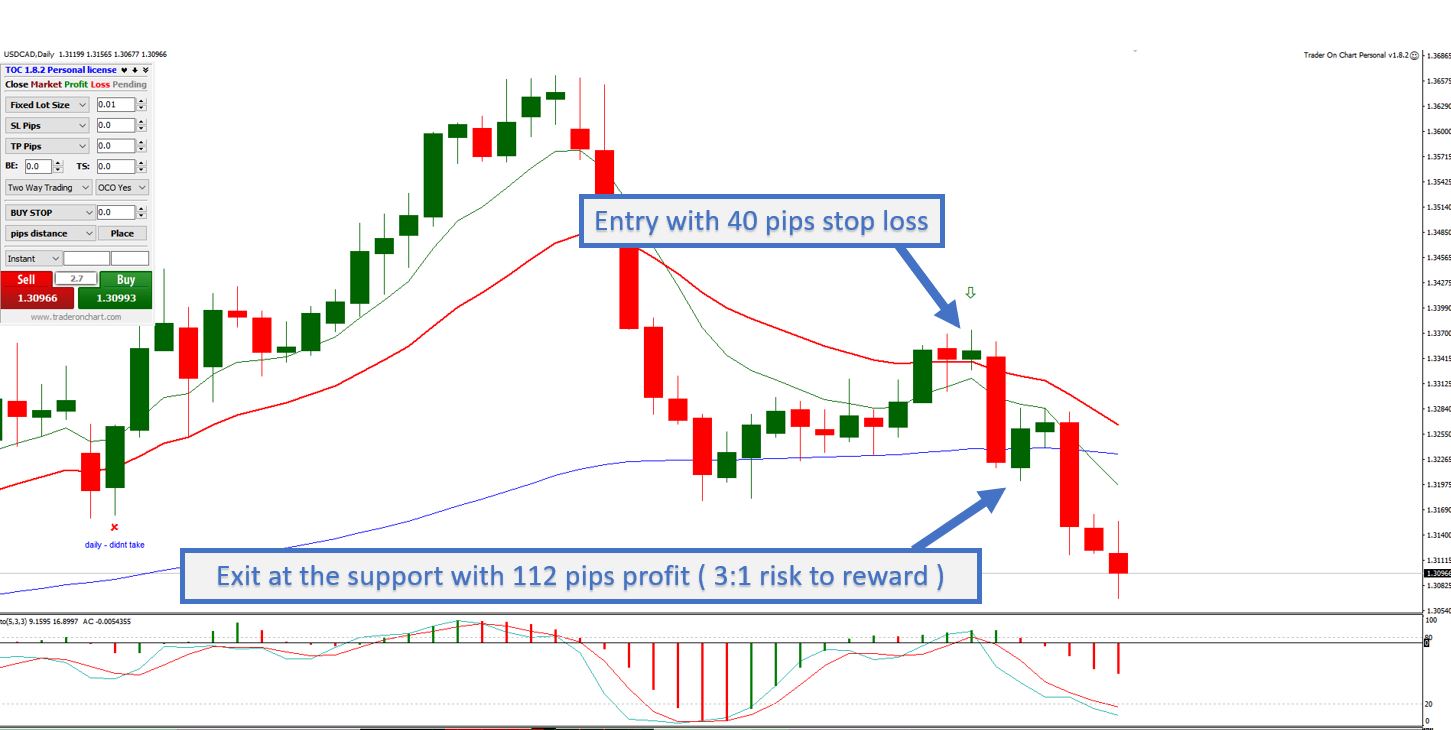 Perfectly timed short position on a pullback to the resistance within larger downtrend.

Always likely to produce profits and high risk to reward.

In this case, the trade would have done much better if left opened.

It had a potential of making 3,4 or even 5 times the risk.

On the other hand, short USDJPY was closed out earlier ( $63 loss )

This market was moving nowhere this month.

I decided to kill this position after few days of sideways price action. 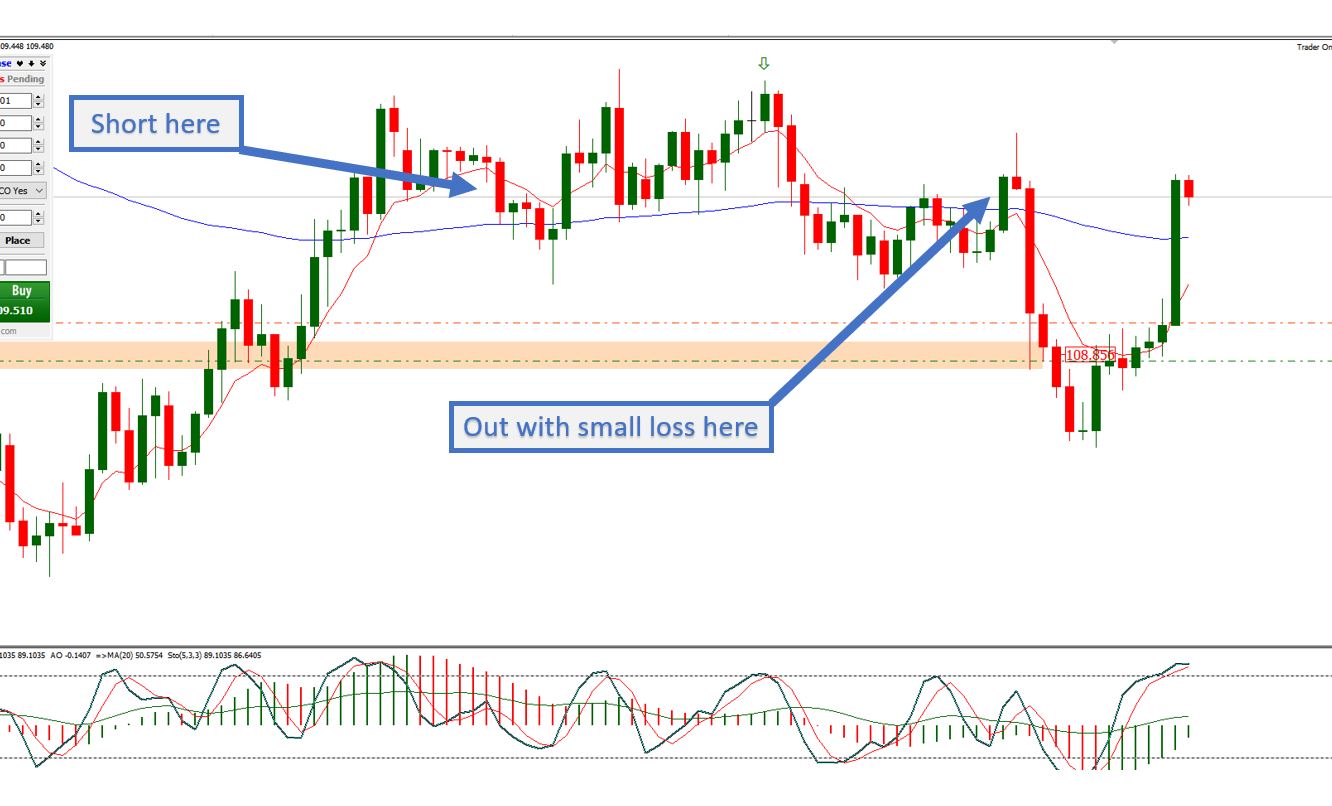 The combination of extending winners and cutting the losses short produced high risk to reward ratio, which in turn produced large $ return, even with low accuracy

This is how the money is made in Forex

If the strategy is able to produce high risk to reward ratio, it doesn’t need to be accurate at all.

Ready to Start making money with us?

Become a member and become a part of the journey. Pick one of the plans below